The year 2007 was a year that changed the way we looked at mobile phones forever. The Apple iPhone was a ground-breaking device that shook the mobile phone industry and caused a revolution that continues to drive innovation and IT the way we know it today. Seven years hence, another important announcement was made during the Worldwide Developers Conference. Apple introduced a new programming language that was built from the ground up for devices like the iPad and the iPhone – Swift.

Currently one of the top 10 most popular programming languages in the world, Swift has been designed from the ground up to be like the devices it was made for. It just works. Inspired by languages like Objective-C, Ruby, Python, and C#, Swift has been constantly updated and has become immensely powerful in its latest iteration. However, why is this latest iteration of Swift such a big game-changer?

Swift 5 is incredibly easy to master

Compared to its older siblings, Swift is incredibly easy to program in for a beginner. Compared to other mature programming languages like Java, Objective C or C++, Swift 5 is so well structured and intuitive that beginners take to it like fish to water. Swift feels more like a scripting language that has the capabilities of a full-fledged programming language. Using fewer lines of code for the same result, Swift helps beginners churn out well-coded apps faster.

App sizes will reduce with Swift 5. As Swift libraries are incorporated into nearly every release of macOS, iOS, watchOS and tvOS, there is no need to include these libraries into the build of your app, which will reduce the app size, leading to faster downloads and speed up load times.

ABI Stability means that despite using compatibility mode, there will be binary compatibility between apps and libraries that have been compiled with different versions of Swift. For example, apps created using Swift 5 will run seamlessly on a future version of Swift. Swift libraries will be included in most device operating systems distributed by Apple including macOS, iOS, watchOS and tvOS. This ensures that developers no longer need to ship the library files with the app.

As apps made with Swift 5 load faster, use less memory and crash a lot less, your end-users will end up being happier with your product. You will also be able to enhance your reputation as a better developer with an app that does not hang or crash as much, reducing user churn.

As Swift 5 is a source compatible with Swift 4, 4.1 and 4.2, the built-in code migrator in XCode 10.2 can automatically handle most of the required source changes. This is described in detail in the migration guide available on the Swift website and can help you through any problems you encounter during the code migration process.

As Swift enables rapid prototyping, developers can now have shorter feedback loops during usability design and testing cycles. This will also enhance the User Experience to a great degree.

Although most of the goodies have been reserved for developers, there is a lot that is in store for end-users too Users will now find loads of new apps on the App Store. As more developers join the Swift 5 bandwagon, this will result in apps being available across-devices. As Swift 5 lowers cost constraints, developers and companies will now start to develop for Apple devices alongside Android. Apps will also get safer and faster, allowing users with slower or previous generation devices to run these apps without them hogging too much memory.

Even though the number of Android users outnumber iOS users twofold, Apple still ends up generating more revenue from its platform and pays higher revenues to developers. Users on the iOS App Store spend twice as much compared to those on the Google Play store. This makes iOS a more profitable proposition for developers as they can monetize their app faster and expect higher revenues. With Swift 5 and lowered development times, it is a win-win situation for developers with innovative ideas.

Companies around the world have started to jump the Swift bandwagon, however, great apps need a development partner that has the experience, vision, and the capability to build them. Volumetree has many such apps in its portfolio that have done exceptionally well for their customers and continue to do so.

Volumetree has the technical expertise to help you realize your dream and get your app developed using the latest technologies in the market, ensuring near-zero downtime and low user churn. Click here to contact our sales team and to get a quote. Let us help you turn your idea into a world-class app. 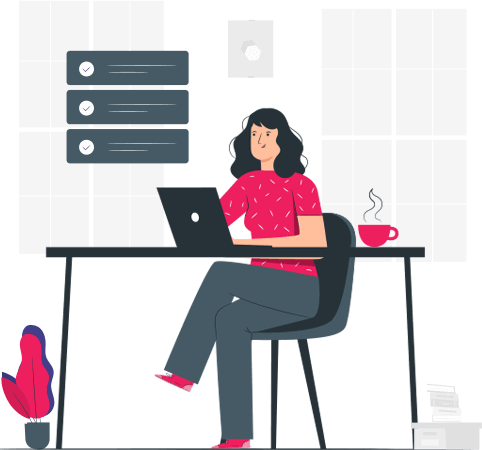